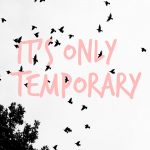 Working a temp job can lead to employment, making it a great way to get hired, especially if you don’t have the exact background an employer is looking for. By signing up with a company like HireArt that provides employers and job seekers the opportunity to try each other out for a specified time, or temp to perm, as it’s called in the recruitment industry.

But first, let me argue that the “perm” part isn’t really accurate. That’s because, as Taylor Pearson wrote in The End of Jobs, there’s no such thing as permanent employment. Not unless mom or dad own the company, and even then…

I never had to think about whether or not Taylor was right that there is no such thing as a “permanent” job because I lived this unfortunate truth as the head of HR. Many a Sunday night, I’d be gripped with anxiety knowing that the next morning, I’d watch “marked men” walk by my office – container of coffee and a bagel in hand – without a clue that in a few minutes I was going to ask them to stop into my office so I could announce a life-changing event. And not a good one. It used to make me crazy because rarely did anyone see it coming – and truthfully, it was more often because of the impending release of unspectacular quarterly earnings than it was an issue of their performance.

This is why I don’t hesitate to advise some clients – particularly those who want to pivot to a new career – to explore working for employers who embrace the temp to perm model. There are two ways to do this: you can either offer to do a project for free for an employer who doesn’t think you have the experience or skills to do it, (something Liz Ryan argues detracts from your worth, but I disagree), or you can become an employee of a company such as HireArt whose clients are already sold on the idea of hiring you (for pay!) for a short term project, and then if you like working there, and the company likes you and what you have produced for them, you get a full time offer. If not, you get to try again with a different employer, but you still benefit not only by earning an income, but by accruing actual experience that then goes on your resume. That knocks out employers’ objections that career pivoters have no relevant experience – viola! you got experience!

This differs from being a temp. Companies hire temps to fill in for an employee on leave, or to pick up the slack when things get busy. While temps occasionally get asked to stay on as full time employees, there is no expectation of it. Being a temp IS the job, and it may even be a lifestyle choice for individuals who don’t need benefits and who want to work only when they want to work. T2P is not the same as being a temp.

People’s biggest fear about quitting jobs they hate without having another offer in hand tell me that they can’t risk not having a “permanent” job. But, as I’ve pointed out, there is no such thing. However, there is a serious concern: health insurance (what else is new?); most staffing agencies don’t offer benefits to the employees they hire in order to contract them out to their clients. That leaves temp to perm workers without insurance for 90 days, on average, and even if they receive a full time offer, some employers have a 90-day waiting period for benefits to kick in.

I once interviewed at a company where I liked them and they liked me, but they had suffered through not one, but two awful hires for their head HR position, and were reluctant to make another expensive mistake. The headhunter who brought me the opportunity told me they wanted to do a test drive before making a full time offer. So initially, I worked there as an employee of the headhunter, and received my full time offer from the company after 90 days, with a nice salary bump. I also negotiated to receive a lump sum payment to defray the cost of COBRA for those 90 days.

Would I have gotten the job if I had refused to temp to perm offer? Probably not. Would I have been taking less of a risk holding out for a full time offer from a different company? Not necessarily. I was confident that my value proposition would be evident after 90 days, and it was.

Working a temp job can lead to employment full time, and it’s a win-win for job candidates and employers alike.

To learn how I write resumes, and read about my pricing and process, click here.