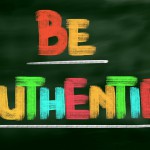 let’s define it; it’s a resume written in the first person. You know – like one human being telling another human being who they are and what they do. It’s different from old-school resumes where the candidate refers to him or herself in the third person, as if the candidate were someone else. Outdated resumes use the same hackeyned language that everyone else uses, which clearly doesn’t differentiate anyone.

A human voice resume, on the other hand, allows the recruiter or hiring manager to better understand candidates based on how they describe themselves and showcase their accomplishments. Even my clients who were initially taken aback by the human voice resume have reported great feedback from recruiters and hiring managers. Furthermore, I make it a practice to periodically ask my LinkedIn network of employers and recruiters for feedback on the way I write resumes, and all they love it.

And by the way, Liz Ryan of Forbes agrees.

Not that long ago, colleague and friend, Bob McIntosh, raised the issue of human voice resumes. Bob shared an article from his blog and invited me to comment on it; my comment lead to further comments, and a lively discussion was started about how to write a resume and whether or not it’s okay to use the first person pronoun in telling the story of your career.

Bob gave reasons why he had come around to recommending using  first person pronouns in resumes. In my comment, I corroborated his points and added a few of my own. But someone wrote a comment that really startled me:

The whole point of omitting the personal pronouns is to make it impersonal . This is business, not a Tinder profile

While I agree that resumes must convey high professional standards, I’m taken aback by the conflation between a personal approach to the job search – and Tinder. To say that I think this person has it wrong is putting it mildly.

Storytelling does have its place, but don’t conflate storytelling with touchy/feely-ness; it’s not. In a resume, it’s the art of weaving in the candidate’s skills, background and value proposition into a (very short) first person narrative. It’s a much more effective technique than listing a bunch of keywords or “core competencies. Don’t get me wrong – I include keywords and core competency words, too as a way to appease the ATS gods, but I bury them further down where the algorithm will find them anyway; my goal is for the human being reading the resume to recognize a candidate worth calling in for an interview.

After all, when candidates are brought in for an interview, do they refer to themselves in the third person, using hackneyed phrases like “proven leader,” or “team player?” No, of course not. They offer examples of projects that they are proud of; they describe things that didn’t go as planned, and what was learned from the failure. Interviews are about forging a connection between the candidate and the hiring manager, and that’s what a first person resume accomplishes – the opportunity to connect with the reader.

So feel free to tell the story of your career through a human voice resume. There’s no good reason to wait until the interview to show the person behind the skill set. In fact, I’m willing to bet that a first person narrative at the beginning of your resume will get you even more interviews – and jump start the next step in your career.

Watch this video where I describe the human voice resume in greater detail. I’m pretty sure that you’ll love how it better represents you, too. And click here to learn about my process and pricing.