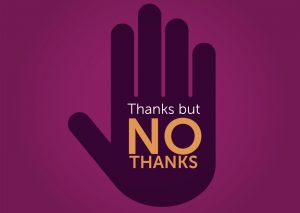 Wondering Why You Can’t Get a Job?

Employers complain that they can’t find good employees. Job candidates wonder why they can’t get a job. So if you’re wondering why you can’t get a job, let me clue you in on what the process is like from the employer’s vantage point.

When I had to hire three people to perform office administrative responsibilities for a small, but rapidly growing company,  the core competency I was looking for was project management – someone who could help manage the many inquiries the company was receiving by keeping track of deadlines and deliverables.

I posted the position on Craigslist in order to reach a local demographic and within minutes, my inbox was flooded with resumes.  The results were awful, and represented everything candidates should not do. Here are several examples of what I received; all but a few explain why so many people can’t get hired:

When your resume contains this many cringe-worthy errors, it’s no mystery why you can’t get a job

Only one candidate left this meaningless section off her resume (and she got an offer). As a recruiter scanning hundreds of resumes, it’s my objective that counts, not the applicant’s. And I challenge you to find me an objective statement that isn’t a variation of “to work for a company where I can utilize my skills.” Pardon my sarcasm, but how does that explain why I should read further?

When writing the job description, I made a point of asking only candidates who had a demonstrated interest in what the company did to apply.  I didn’t require experience; just an interest. Not one resume addressed this. But I got plenty of resumes from people whose previous jobs had no relation to what this company did.

I get that for many people, the primary need is to earn a living. So if a candidate rang up groceries at the local supermarket while waiting for a job in his or he field, that’s understandable. But there needs to be a focus. Maybe every job you’ve held had a common theme – customer service, for example. Tie it all together – employers love to see how you recognize that customer service is critical to many jobs. Not one resume I received for this position showed me the candidate’s career trajectory – just a jumble of unrelated jobs.

I won’t harp on this because everyone else does. But the resumes I received for a job that required little other than being highly organized and detailed were riddled with inconsistent fonts, spacing, misspellings….you know. And one candidate had an email address that was unsuitable for professional use.

I narrowed the slim pickings down to 3 candidates: Joe, Lori, and Latisha. Three days prior to their scheduled interview, I emailed each candidate a Word document that detailed some projects the employer was currently involved with. And only Lori and Latisha referenced those initiatives during the interview.

Joe, on the other hand, blew it for two reasons. I asked him to tell us about a time when something he was working on didn’t go well, and how he responded to it. That’s a fairly common interview question, and a revealing one. Joe talked about a bid he had made that his boss reneged on, causing the company to lose the business. “So it was all your boss’s doing?” I asked. “What did you do to try to salvage the situation?” His response was a blank stare. He’d clearly never thought about his role in the mishap. The other cringe-worthy moment came when I asked him if he had any questions for me, and he wanted to know if I could do better on the salary, even though he hadn’t been offered the job!  I explained that after 3 months, he would be eligible for an increase if he reached stated performance goals. But he wanted the salary bump up front. And there was nothing on his resume that demonstrated any prior achievements.

I interviewed 3 people. Only one sent a follow-up email. And it was a great one. Lori referenced points made during the interview, reiterated why she was a good fit and thanked us for considering her.

Here’s who got the job

I’d hoped to make at least two offers out of the five candidates, and I did. Lori got an offer because her organizational skills were well documented and her demeanor during and after the interview were spot on. Joe didn’t. The company also loved Latisha because she projected energy, as well as demonstrating her organizational ability by successfully juggling a night shift job with single parenthood and college courses, which suggested that she had the drive and determination to grow into the job.

So if you’re wondering, “why can’t I get a job,” ask yourself honestly if your resume or your interview preparation sounds anything like what I’ve described here. And if it does, read my section on pricing and process because you need help!