Of course you need to prepare for a job interview, and there’s a ton of advice out there (including from me) about how to get 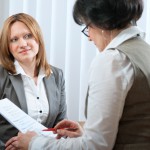 ready. But the truth about interview prep is that no matter how much you discover about the company, the position you’re hoping to get hired for, and the person you’ll be interviewing with, there’s a huge aspect that’s beyond your control. In his provocative book, Blink, Malcolm Gladwell, posits the idea that hiring is based more on the interviewer’s intuitive response to a candidate rather than any substantive data.  The Nobel Prize-winning behavioral economist Daniel Kahneman concurs, but argues that relying on intuition is a flawed way to evaluate candidates. Instead, he advises interviewers not to rely on their intuitive judgments and instead ask fact-based questions that will reveal several of the candidate’s personality traits.

This is the real secret behind interview prep; it’s not so much what you know, but rather how you come across. If you exhibit the traits that a hiring manager is looking for, employers who utilize Kahneman’s strategy will hire you – maybe not regardless of your skills and experience – but you’re more likely to be chosen. Gus Lubin, who wrote about Kahneman’s technique in Business Insider, advises hiring managers to “Firmly resolve that you will hire the candidate whose final score is the highest, even if there is another one whom you like better.”

Now ask yourself which scenario is more likely. Are there more interviewers who employ Kahneman’s method, or more who – often without realizing it – rely on their intuition about a candidate?

Let me share my perspective as both a human resources professional and as a job candidate. When I re-entered the job market after many years of parenting, I interviewed for a job with a small startup that administered equity compensation plans for HR departments. The hiring manager and a few others interviewed me, and then I spoke with the CEO. I later learned that everyone but the CEO gave my candidacy a thumbs down because I lacked experience and knowledge about equity compensation; however, the CEO said simply, “I like her. She seems smart; she’ll learn.” Two factors were at play: the CEO relied on his intuition because he liked me, and clearly, I demonstrated a desired trait – the ability to learn.

When I moved up the ladder to lead human resources, I conducted thousands of interviews. I was unaware of Kahneman, and I asked the type of questions that most interviewers ask. They turned out to reveal very little, but the truth is that I made my recommendations to hiring managers based on my gut feeling about a candidate, and my intuition usually led to a successful hire.

Learn more about my process and pricing for your resume and LinkedIn profile.