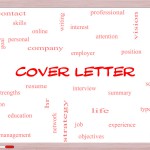 Can it hurt to write a cover letter? Of course not. And sometimes, cover letters are a good idea, which I’ll get to shortly. But I think they’re largely useless. When I was recruiting, I received tons of emails from candidates with cover letters and resumes as separate documents. Did I have time to open two documents per candidate? I did not, so I just read the resume. This led me, as a resume and LinkedIn profile writer, to the realization that if there was something I want my clients’ potential employers to know about them, it belonged in the resume, not in a separate document.

The people who love cover letters argue that they reveal more about the candidate than what’s on the resume. Fine, except that job seekers often pay their resume writer to write the cover letter for them. Obviously, this doesn’t provide the employer with additional insights about the candidate, but even worse, a pre-written cover letter – even if a couple of lines are tweaked for each application – is insulting.

So, when are cover letters a good idea?

When you send your resume directly to a hiring manager, there needs to be some text in the body of the email that you attached your resume to. This is where cover letters are not only a good idea, but are essential, actually. The point of what you write is to motivate the employer to read your resume, so don’t regurgitate what’s already in your resume. Instead, reference a few requirements from the job description where you have specific, relevant experience and write a few lines about that.  Keep it short and make your point that YOU are a person the hiring manager really needs to talk to!

Learn more about my process for writing resumes so you can begin your journey to a new job!